Quite possibly the best fringe benefit to jersey collecting, is that it gives you the opportunity to meet a lot of really great people you might not otherwise meet, from all over the world no less. And in the collecting community, Erik Barr, his wife Carrie, and their son Levi are certainly no exceptions. Erik and Carrie Barr taking in the outdoor experience and loving every minute. Erik and I first got to know each other online, buying and selling jerseys from one another, often sharing our experiences both inside and out of the hobby. Fast
forward a few years and a few stories later, and we decided it was time to get together, share some history in person, and ultimately team up to bring you the history and evolution of the Pittsburgh Penguins team uniforms. 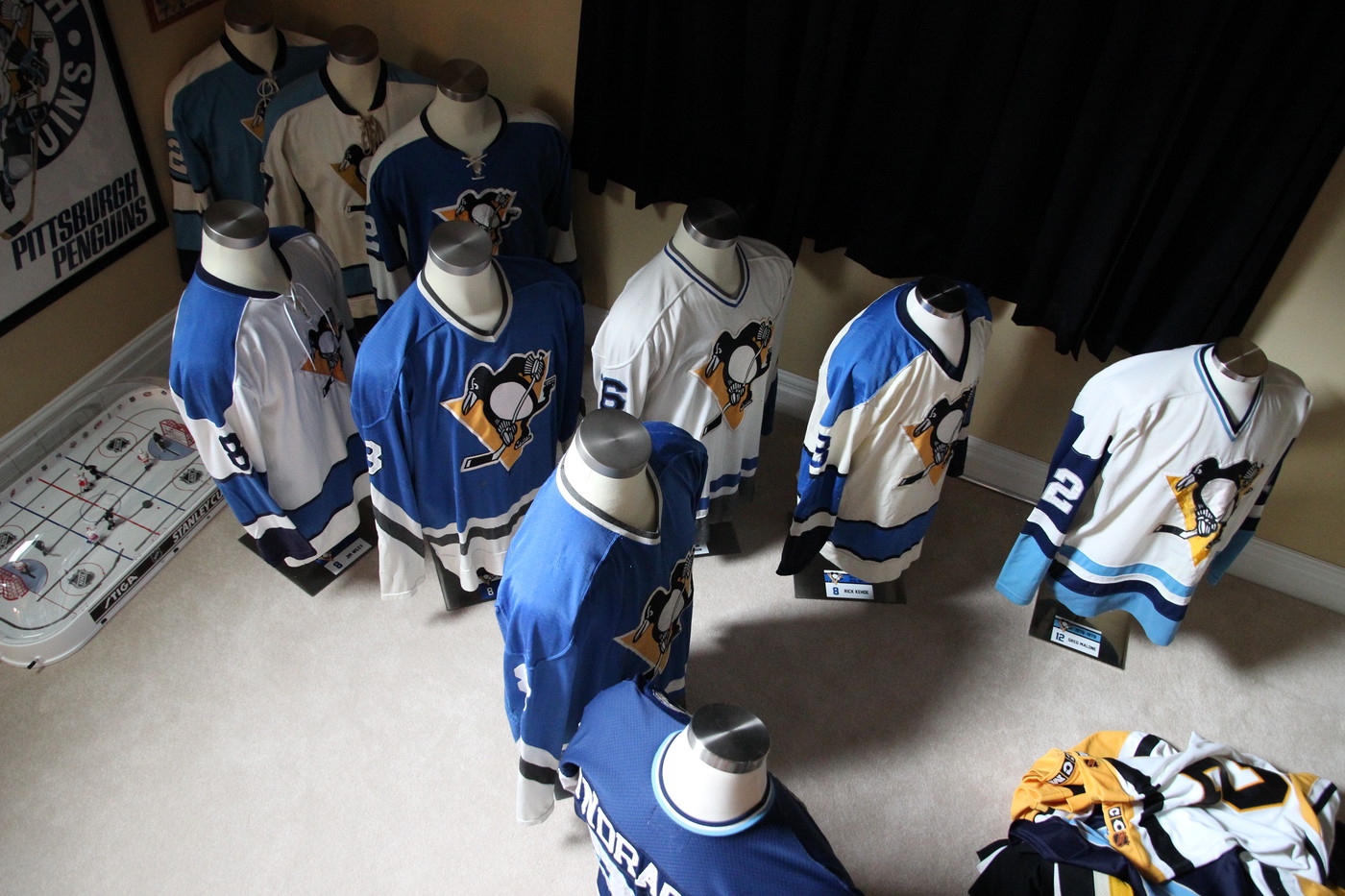 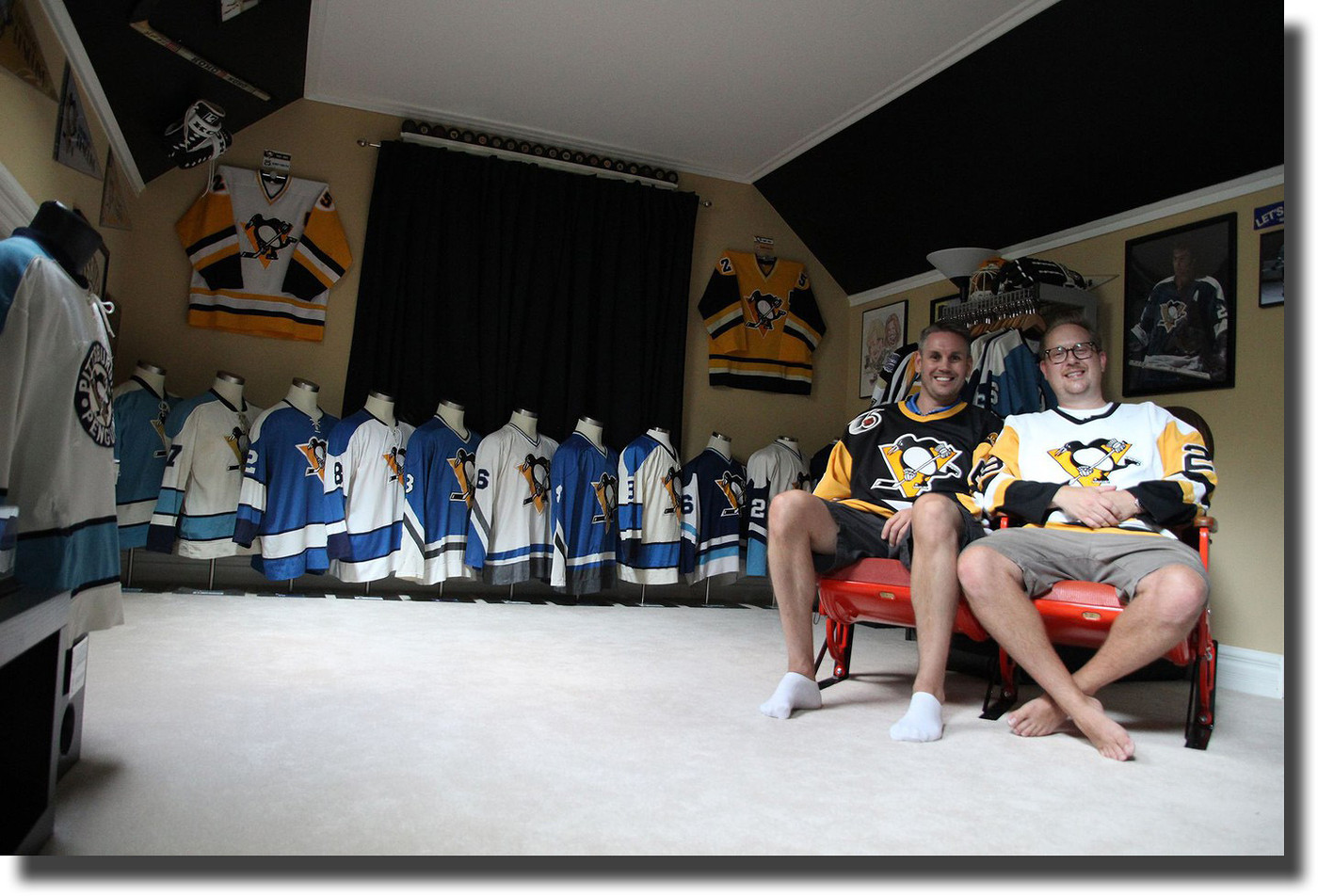 After several years collecting fan jerseys, Erik was originally bitten by the game-worn bug in the mid-00s, and in a relatively short amount of time, he’s amassed one of the biggest and best collections of Penguins jerseys dating all the way back to the team’s inception in 1967. Icing on the cake, not only did I get to see a plethora of amazing game-worn jerseys, but an equally impressive amount of other game-used and game-related items, all of which with their own bit of significant historical importance.


As a matter of fact, some of the non-jerseys items told the best stories. A great example came in the form of a $15 online purchase - an original fan scrapbook of newspaper articles documenting the Pens 1975-76 season and playoff run. Page by page, clipping by clipping, the scrapbook manages to transport you back in time and relive the ebbs and flows of one of the Penguins’ most exciting, and ultimately most heartbreaking of seasons. Before leaving, Erik offered a final suggestion:
Classic games rolling in the background, top notch hospitality, a room full of vintage goodness, and the opportunity to watch Levi school his old man at table hockey - who could ask for anything more? Check out my experience
Meeting the Tomons